Not long ago at the Baha’i 19 Day Feast in my children’s home, my daughter asked me to tell a story.    So I went to one of the children’s books and found an interesting story about Abdu’l Baha, the son of Baha’u’llah.     He spent most of his life in exile and some of the time in prison or in great restrictions on travel and movement.      When He arrived in one prison, the guards put shackles on him,  an act that you would think would cause Him to react in anger and dismay (like the way Hollywood portrays Jesus when he is persecuted),  but He did the unexpected and acted in the opposite way.    Abdu’l Baha began to laugh and joke and it wasn’t long after that that the guards became really great friends with him. 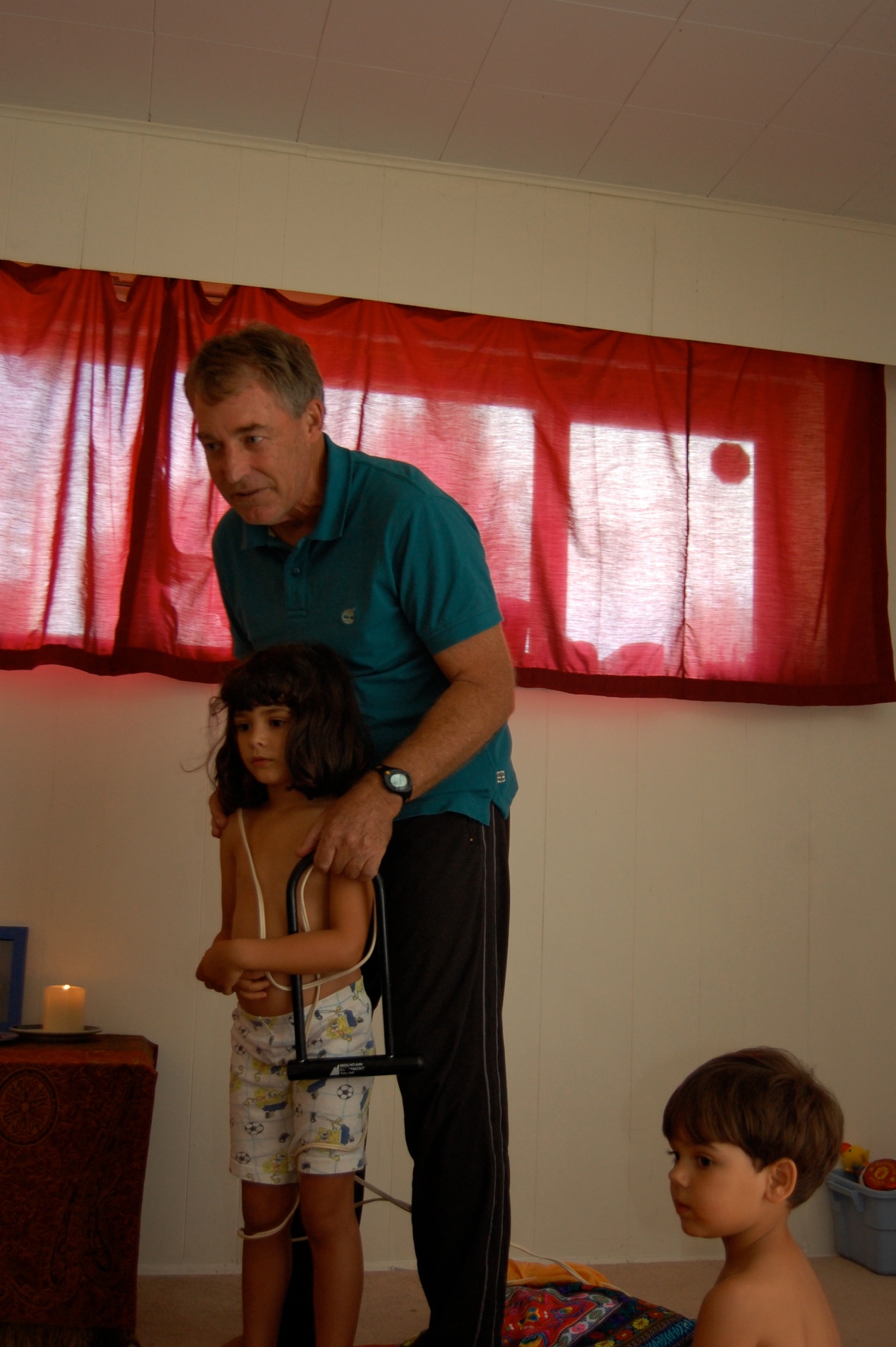 This is Isabela, my granddaughter, helping with telling the story.

I love this story for a lot of reasons, but the big one for me is that it gives me a model of how to act in today’s world.  My ego’s reaction to being mistreated is to feel really incensed by the injustice and the pattern that I want to act out is to fight.    Abdu’l Baha didn’t act that way.  He didn’t allow the conditions around him to dictate his emotional response.  Instead He acted in the opposite manner.  He brought joy and laughter, and then the people that were His persecutors, the prison guards, changed and became His best friends.

I am constantly tested by this reality.   I feel shackled by the way others act and then I feel angry and want to fight.  But Abdu’l Baha’s teaching is that the shackles don’t cause dismay,  our reaction to the shackles is what brings it on.   He used the shackles as a way to make friends.    So when I am feeling shackled by a rule or policy or injustice,  I can think of it as an opportunity rather than a limitation.   I can laugh instead of dismay.

← Letting People Have Their Own Issues: Giving Yourself Much More Space
Honouring Will on His First Birthday →