Being an Individual and Being a Group at the Same Time

Early this week Debby and I spent 3 days among the aboriginal people of Malaysia, the Orang Asli.   In Malay the word orang means people and asli which original.      An orangutan literally translated means a person of the forest.     Many of the Orang Asli live in an area known as the Cameron Highlands which is actually a bit cooler than KL and a large percentage of them are members of the Baha’i Community.    Most of my days are spent playing with young children in p.e. classes so not too long after we arrived at one of the villages we were playing soccer (futsal) on a very small pitch.    What was so impressive about the children was that no one ever argued or fought or said unkind words.   They just played extremely hard with impressive skill.

Later on that evening or the next evening I gave a banana to one of the small boys.  He was very excited about it,  but it seemed like his first concern was for every other child in the village.  So he went around to all of them and brought them over to me to get a banana.    It was very impressive because I cannot ever remember being around very many children who thought about others before themselves nor begged for more. 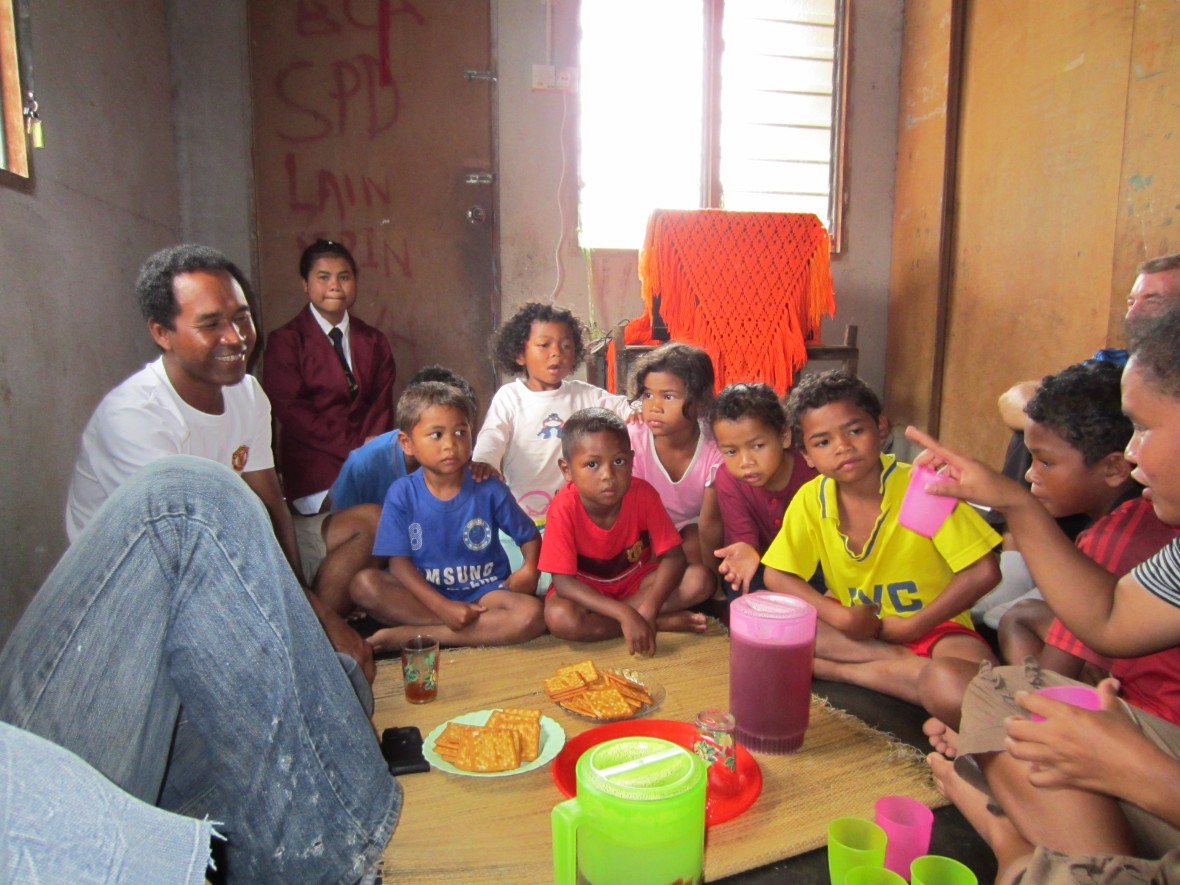 When we arrived at the village,  there were a couple of the Indian Malaysian Baha’is traveling with us who had already lived in that area on periods of service so immediately the people started talking with each other about where we would stay and where we would eat.    The children and others frequently change which place they are sleeping in from one night to the next because it is as if everyone is a relative and everyone’s house belongs to everyone.   This is where we stayed on the second night.   It is a bamboo house with some tree logs for support and an aluminum roof.   It took the owner one month to build it.   It is very comfortable on the inside, quite warm, and had no mosquitoes or insects.  It was extremely clean.    The only discomfort for Debby and me was that they only sleep on mats, no mattresses so we were a bit sore after two nights.   They, of course, are perfectly comfortable.

In the evenings we sang along a lot, chanted prayers, and ate with the young people.

So far the Asli culture has not been devastated by alcohol or drugs so in many ways they are very strong spiritually.    It would be hard to find a group of people who live more harmoniously as a group.   The social virtues are ever apparent. This is a group of young woman playing a game together something like kick the can. 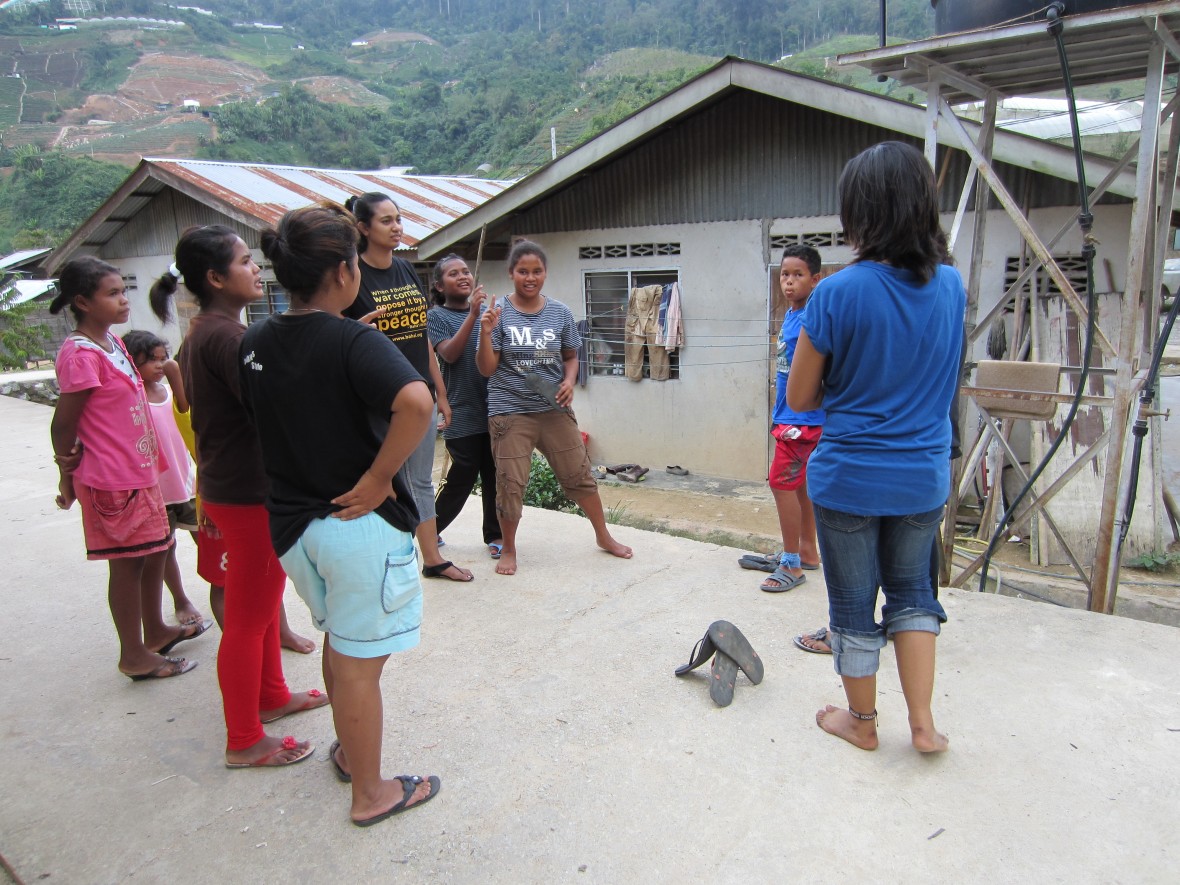 The problem for the Aslis happens  not because of the social virtues.  For me they are bright shining examples of cooperative living.  They are generous, sharing, and kind to each other.  The children are loved and elders respected.    What is difficult is when they want to respond to their own individual uniqueness because in our world there is no place you can go where people live in harmony with each other and encourage the development of one’s unique gifts.

Most of the world has been overtaken by greed, jealousy and constant comparing of status and wealth.   This leaves most of us in a state of lonely isolation from each other.   The Aslis have tried to go onto higher education in the cities, but the existence is just so full of emptiness and isolation that they cannot take it.   They return home and live in the place where there is always an abundance of love and friendship. 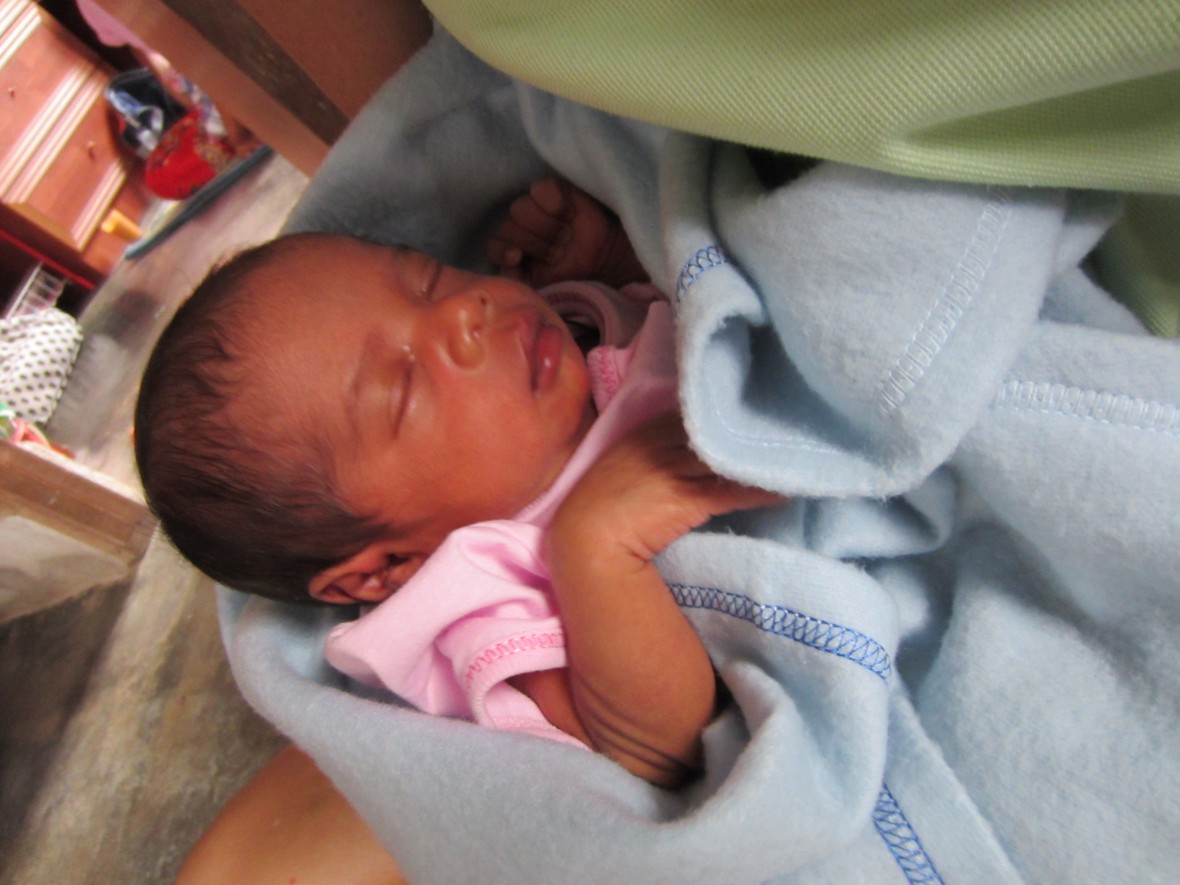 This is the big unresolved question for the world.  How do we develop environments where people can develop both their social and individual aspects?    Does even one university in the world look at a person’s test scores on their ability to place the needs of others over themselves?    Wouldn’t it be interesting if you couldn’t get into university if you showed signs of being greedy?   What if you had to be competent at giving away what you have to others in the community and on how well you were able to make friends and keep them.

I think that  science students who have a driving ambition to achieve a great deal in making discoveries  probably first should spend a year among the Aslis so that deep with their souls they use whatever they develop for the benefit of mankind and not for their own selfish desires.    We have seen what the world has created by rewarding socially incompetent human beings with large sums of money.    They create a socially incompetent world that believes that technology and science are going to save it.   Let’s get over the idea that people who have amassed huge sums of money by acting in their self interest have any business whatsoever trying to better mankind until they have spent a year with the Aslis.

When you have a chance, spend a night in this village. You might just learn how to look out for each other mo 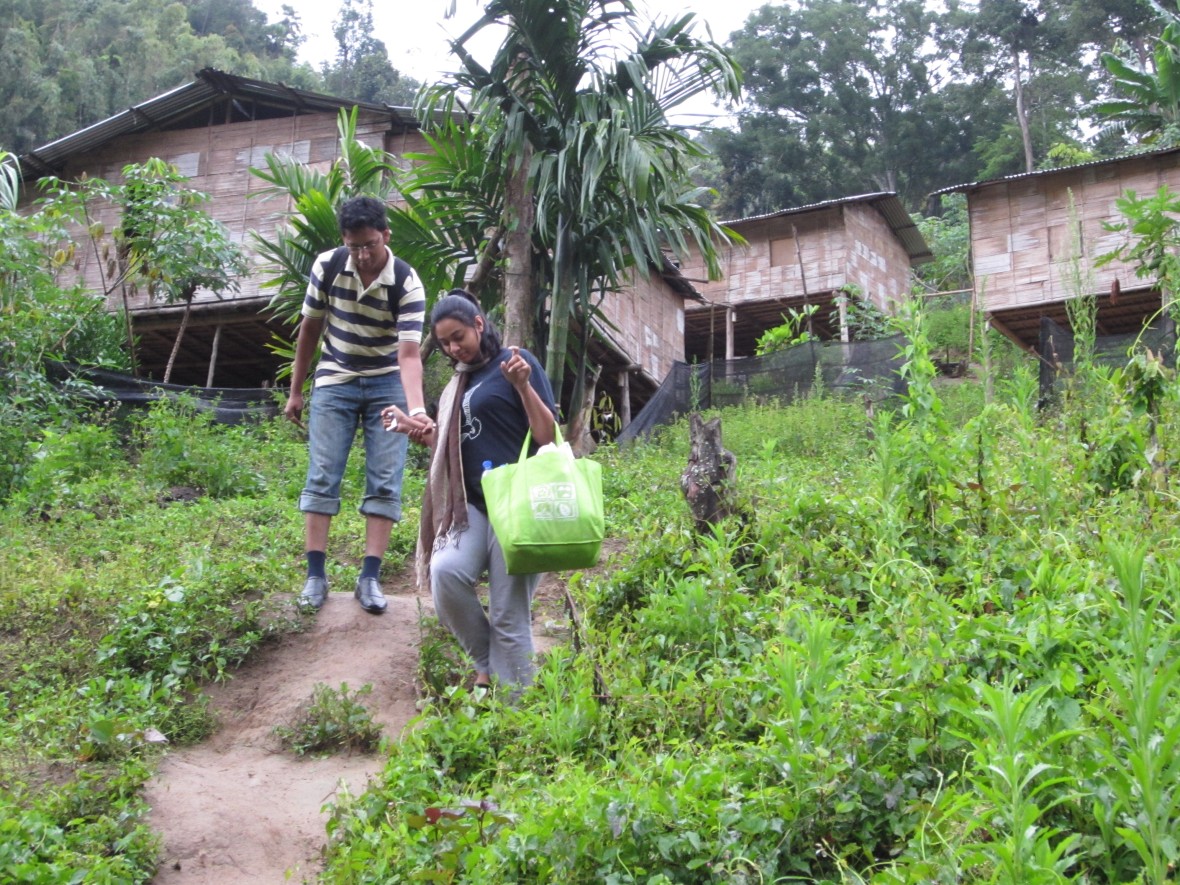 ← Why We Hate Children
Nazi Dreams: Ridding Yourself of Your Inner Tyrant →