When You Plan, Space Comes First, NOT Time 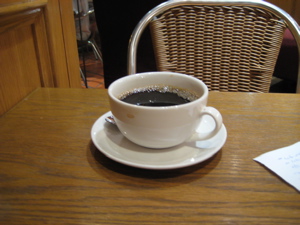 There were a lot of workshops in the 1970s when I was first introduced to much of the self help literacy about the importance of time management because it was the thinking in those days that how you manage your time has a lot to do with accomplishing what you want in your life. Time is money so the saying goes. It was a logical way to approach the accomplishment of a task. Nowadays people aren’t so naive as back then because most people with any common sense now believe that time is a lot more flexible, that it is much more internal than external, and that you usually accomplish the most and love life the most, when you ignore time. We realize, for instance, that we can actually slow time to a virtual standstill so that we can eat a long relaxed meal with our families or take a walk with our friends. I don’t think anyone believes time is money anymore, do they? Anyway, it is a pretty foolish idea that I once believed.

What I have only recently begun to explore that is proving to be extremely valuable is how much more flexible space is. I mean I really get the time thing. If I slow way down internally, I accomplish much more because I can stretch time so that I seem to have much more of it. What I didn’t realize was that I can also change space. I am only really at the very beginning stages of learning this quality. I am sure most people are way beyond me.

Here is an example of why it is becoming more apparent to me. When my wife and I were flying from Vancouver to Los Angeles recently, we thought we had arrived at the airport early enough to get on our flight, but because of the long lines, we only made the flight by a couple of minutes. Then the steward said that 12 other people were not let on. Imagine that! The plane couldn’t wait another 10 minutes to get the other passengers on. It actually shocked me so I began naming countries in my mind where they would have waited. The steward said and this is not a joke, that they had waited during the last flight to the same destination, but because their on-time record would be published in a journal or something like that, that their reputation depended not on whom they left behind , but only on being on time. So here is an airline whose purpose is to carry people from one destination to another, but being on time is more important to them than accomplishing their purpose. People lost their space because the airline management was only thinking of time.

So I am thinking to myself that the people that are controlling my space are mostly just concerned about making everything happen much faster. Ok then, so most of us believe that “time is money” is ludicrous. Right? We have common sense, but it also appears as if the people managing an awful lot of major corporations don’t really care too much about the space you are in because they still believe that time is the important thing, and that the faster things go, the more money they will make. It is just hard for me to believe that so many really stupid people are running large corporations and governments.

So, the fact that we know that slowing down time is possible means that we are ahead of the game, but the fact that they control my space unnerves me. My first task is to gain control over my space. What to do? I’ve got it. I will just think about the space I want to be, focus and meditate on it, and then just not care how much time it takes to get there. I will just slow down time, and walk right into the space. Now that is pretty simple.

Hmm. I am thinking of a hot cup of coffee.

← Radical Change and Space: Good Morning Vietnam!
Sometimes It is Much Better to Be Late →

1 Comments on “When You Plan, Space Comes First, NOT Time”